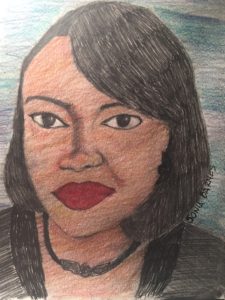 Sonia Barnes is a native of Wilson, North Carolina, whose father was president in the local AFL-CIO labor organization. Her world involved sit-ups, segregated schools, marching, working hard during summer time to crop tobacco, while learning the value of hard work and education. Her young life bloomed in the middle of the civil rights movement. She grew up with friends like former judge and now Congressman G. K. Butterfield and Attorney Toby Fitch. Sonia Barnes is a congressional liaison to Representative David Price for the 4th Congressional District of North Carolina, and also worked formerly with educator, Congressman Bob Etheridge.

Sonia’s wise mother taught her to respect everyone no matter what their economic status in life. She carries that one step further in her non-profit work in NCBWEN by fundraising for scholarships for the ‘Average ‘C’ grade students providing them with book bags and scholarships! She is also the Founder and CEO of the North Carolina Black Women Empowerment Network. (www.NCBWEN.org). Their ‘mission statement’

Sonia has another titles as wife and ‘first lady’ under her husband’s ministerial leadership at the First Garner Church of Faith, in Garner, North Carolina. Sonia is majorly a mom and grandmother. She is constantly on her feet which is not lost on her husband, who reminds her of such. As the liaison with Congressman Price, she represents the district with dignity and elegance. Her background, experience, knowledge, awareness, and powerful presence make for a compelling speaker, presenter, and spokesman for District 4.

Sonia is not a bragger, yet she receives recognition and was informed to receive the ‘John Chavis Award’ in March. Her talents have placed her on several significant boards around Raleigh including Wake Med. She has vision, on a large scale, mostly because of her past work experiences with the State of North Carolina and her public role working for congressional representatives. Sonia has expressed the urgency of our people working together during segregation, we were forced to do so, now it is out of necessity that we respect others’ views and doing right by people. When you see Sonia and not know who she is, you may not be quite sure how to approach her, do not hesitate because what you’re seeing is a powerful image of authentic grace and style with a commitment to her people and the work of empowerment. Her warm Wilson hospitality does suit her as a ‘first lady’ in her own right.

Art and article by Lillian L. Thompson of https://lillianonline.us