Skip to content
Lillian ThompsonAugust 10, 2017Global Afro Woman ProtagonistLeave a Comment on Diane Rwigara, a candidate for President of Rwanda 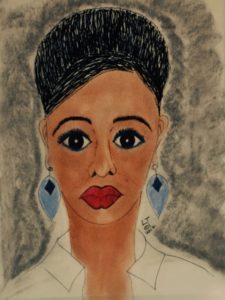 term) Paul Kagame, former guerrilla leader. He had been in power since 1994,  just after the 800,000 genocide of the Tutsi people. His successful election keeps him in power potentially until 2034. He is now 59 years old. Ms Rwigara at 35, is the daughter of a successful Tutsi industrialist, who was killed in a questionable truck collision with his Mercedes in 2015. Since that time his hotel property was declared improperly built and demolished as well as other properties seized. Diane had a very close relationship with her father as the first of six children. Her father helped with homework, who was particularly good with math. The family fled the country, during the genocide of Tutsi people to Belgium in Europe then on to the California where she attended State Universities at Sacramento and San Francisco receiving an undergraduate and an advanced degree in accounting.

Diane Rwigara also happens to like politics, something that the Rawanda culture does not encourage women to pursue, especially since her family is apolitical. Being compared to Rosa Parks, in terms of impact, is a significant and possibly a profound comparison. Her courage and passion to address freedom of speech, hunger in the face of the ruling party living like kings, disappearance of opposition, wealth concentration at the top, building of luxury hotels while people are in poverty, the arrogance with cronyism and illegal grabbing of business properties. She is a rare voice, when so many are fearful to speak against the government. Rwigara has endured the release of nude photos on the internet as part of a smear campaign. Her reaction was to let the source explain the nude photos and moved against claims that her self financed campaign was being helped by money sources outside of the country. She ran for President of Rawanda, without being under an established political party, making her run a long shot.

The results of the election were strongly in favor of the President in the ninety percentile, who has an international reputation for making Rwanda a stable and clean country. It is his authoritarian style which continues to impose on the freedom of speech for his people. Ms Rwigara, has insisted that her interest in running for president was not about her father’s death, despite her family’s continued efforts to regain their loss properties. Diane Rwigara was a baby when Rwanda’s president took office. It was not stated what her next steps would be after this crushing defeat, however, her passion for helping her people by speaking out against injustices and taking a stand does put her on the path of influence as Rosa Parks. Diane’s family has become more accepting of her pursuits, while maintaining their positions of avoiding politics. She will continue as a business woman and speaking out against the government injustices against the people of Rawanda. We are watching, because she represents the ‘Global Afro Woman’ protagonist and possibly the future leadership of her country.  www.lillianonline.us